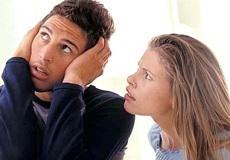 But none of that matters if your coworkers aren’t in a state of receptivity.

But none of that matters if your customers aren’t in a state of receptivity.

HERE’S THE REALITY: You can’t make people listen to you.

THIS BEGETS THE QUESTION: What does it look like to be in a state of high receptivity?

Ask Robert Lefton, founder of Psychological Associates. In his famous book, Leadership Through People Skills, he spends at least half the text exploring this topic.

“Low receptivity is the refusal to allow ideas through a mental barrier that is set up to shut them out,” says Lefton. “And you have virtually no chance of communicating with someone whose receptivity is low.”

“As such, you (also) have virtually no chance of doing any of the things that depend on communication: motivating, training counseling, sharing ideas, discussing, debating, considering alternatives, weighing options or soliciting ideas.”

IN SHORT: No receptivity = No nothing.

It’s like talking to a brick wall. Sure, you THINK you’re communicating. But in reality, you’re just wasting your time. And the wall’s time.

There HAS to be a willingness to work with the other person. As Lefton suggests, “Your success depends on your ability to raise the level of receptivity and make willing partners out of unwilling people.”

Today we’re going to explore the attributes of receptive (and unreceptive) people. And as we go through the continuum, I’m going to challenge you to plug yourself into both sides of the equation to maximize your approachability.

Now, since his book was written in 2000, I would also add to the following behaviors to the unreceptive list:

Checking email. Sending text messages. Listening to their iPod while you’re trying to tell them how badly they screwed up.

SO, ASK YOURSELF: What about this person’s behavior tells me that he isn’t open to what I’m trying to communicate?

Qualifying their assertions or arguments. Showing that her mind is not made up by questioning her own viewpoints. Thoughtful agreement. Involvement and non-belligerent debate. Pertinent questions.

Again, since Lefton’s book is a few years old, I would also add to the following behaviors to the receptive list:

SO, ASK YOURSELF: What about this person’s behavior tells me that she IS open to what I’m trying to communicate?

Ultimately, eloquence, logic – even well thought out arguments – are no substitute for receptivity.

No Receptivity = No Nothing

REMEMBER: You can’t make people listen to you.

You can only make an effort to raise their receptivity so your ideas have the highest probability of getting through and getting understood.

LET ME ASK YA THIS…
How will you increase the probability of your ideas getting through?

LET ME SUGGEST THIS…
For the list called, “7 Ways to Radically Raise the Receptivity of Those You Serve,” send an email to me, and you get the list for free!