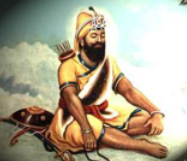 You CAN, however, increase the probability that people will approach you with their concerns by becoming more ASKABLE.

So, whether you’re a teacher, leader, parent or office manager, here’s a list of eight ways to do so:

1. Begin with a willingness to find answers. Sadly, not everybody does. Not everybody is interested in taking the time to find answers to the questions they’ve been asked. Mainly because their ego won’t let them. So, there’s an attitude of curiosity and openness that MUST underscore your askability.

This perception stops questions in their tracks, preventing you from uncovering the key issues in the lives of those you serve. And if you set aside your ego and opened yourself to being changed, how much stronger would your organization become?

2. Dare to be asked more. If you’ve ever done Q & A during a presentation, TV spot, radio interviews, or a public press conference, you certainly recognize the risk in making yourself more askable. After all, it IS a form of sticking yourself out there. And so, notwithstanding the discomfort that’s required, being askable begins with your attitude. It’s about opening yourself to the possibility of being vulnerable, being wrong, and, in some cases, looking like a complete idiot.

Speaking of idiots, take Sarah Palin. During the 2008 Presidential Election, she was reluctant to do almost ANY public interview. Meanwhile, opposing VP Candidate Joe Biden was everywhere. TV. Radio. Print. Town Hall Meetings. If you had a question, Joe would be happy to answer. Palin, on the other hand, was completely unaskable. And I wasn’t surprised that the Obama campaign crushed her and John McCain.

Now, I’m no political analyst, so I’m not going to make any gross assumptions. But if I had to make an educated guess as to what made Sarah Palin such an unaskable person, I’d say it’s because she’s never “dared to be asked more.” Either that, or the fact that she was a colossal redneck bimbo moron. Do you dare to be asked more?

3. An answer for one is an answer for all. People – especially students – will shy away from asking questions because they don’t want to hold up the discussion. (Especially if recess, pizza or the end of class is rapidly approaching.) Students also don’t ask because they assume everyone else in the room already understands everything. However, in many classroom settings, this isn’t always the case.

My mentor and former high school English teacher, Mr. Jenkins, practiced an effective strategy for overcoming this fear. “I always encouraged my students NOT to approach my desk with questions, but rather, to ask me from their seats. That way, ALL the students in the class would hear the answer – including the ones who were too shy to raise their hand.”

What’s more, this approach also helped saved time since multiple students usually pose similar questions. As my yoga instructor always says, “An answer for one is a an answer for all.” How much time would you save if you addressed questions communally?

4. Disarm immediate preoccupations. The challenge is, many people associate question asking with conflict. So, the silent dialogue becomes: “Asking questions means rocking the boat, which means questioning the status quo, which means making a big mess, which means getting in trouble. Better keep quiet during the meeting…”

For that reason, your goal is to make sure your people know that their answers won’t be used against them. That anytime is the right time to ask. That asking questions isn’t a threat to formality or a violation of the chain of command. And that when you ARE asked questions, that you don’t feel like you’re being interrogated. When is the feeling of formality preventing your people from communicating freely and honestly?

5. Have a positive track record of listening. Otherwise people won’t take the time to ask you a question in the first place. It’s only after you have proved yourself as open, trustworthy, non-judgmental and willing to listen that someone starts to think to herself, “I feel like I can ask him anything.”

6. Be a good answerer. People ask questions to people who give good answers. Period. Creative answers. Unexpected answers. Counterintuitive answers. And the best part is, answering in these kinds of way leads to higher levels of thinking. Which elevates the conversation. Which enables people to discover individual truths. Which yields more compelling results. Here’s a list of ways to become a better answerer:

Ultimately, the point of answering questions in these creative, counterintuitive and unexpected ways is NOT to dodge the truth; nor is to appear brilliant. It’s about achieving a higher level of thinking for both parties. What’s your answering style?

7. Be more informative. Without overwhelming people with your knowledge, provide as much information as you can give AND as much as the context will allow. Think meat, not carbs. And if your asker is taking notes, that means you’re doing something right. If your asker is checking their text messages or flipping through pictures of their pet ferret, you’re doing something wrong. Are your messages low-carb?

8. Help people process their questions. My mentor, Arthur, is an expert at this practice. He’s a consummate counterintuitive thinker. So, when you ask HIM a question, he often responds (not) with an answer, but with a challenge to your question itself. Common responses include, “Are you sure that’s the right question to ask?” “What’s the question behind that question?” and, “I’m not sure that question is relevant – instead, what about asking yourself this…?”

That’s the cool part. By helping you process your own question, he opens up new worlds and new answers that you never would have discovered otherwise. What unexpected answers could you give people to challenge their thinking?

REMEMBER: If you want people to ask you questions, you don’t have to be a Tibetan Mountain Guru.

Stick yourself out there today.

LET ME ASK YA THIS…
How are you increasing your askability?

LET ME SUGGEST THIS…
For the list called, “79 Questions Every Manager Needs to Ask,” send an email to me, and you win the list for free!