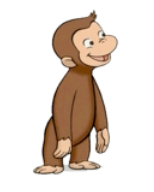 Curiosity might have killed the cat – but it also made me a lot of money.

Show me a person who isn’t curious, and I’ll show you a fundamentalist, mindless, lifeless human being whose brain, heart and soul never expand.

HERE’S THE REALITY: History proves time and time again that the most successful, most celebrated and most influential people on the planet were the ones who asked dangerous questions despite overwhelming efforts to silence their enthusiasm and deflect their curiosity.

You need to be one of those people.

Here’s a list of sixteen daily practices for becoming a pillar of curiosity:

1. Start by (actually) caring. The word “curious” comes from the Latin cura, which means, “to care.” That means your mission is simple: Practice caring what things are, why things are and how things are. Even if you’re not all that interested.

Curiosity doesn’t discriminate. That’s why it’s called curiosity: It’s an equal opportunity explorer, treating all experiences with deep democracy. Start there and you’ll be ahead of 50% of the uncurious world. Simple but not easy. Do you have the courage to care?

2. Embrace the muscle of huh. Two ways: First, the Scooby Doo approach. That’s when you tilt your head at a curious experience, think, “Huh?” with the utmost surprise.

Second, the Edward Debono approach. That’s when you squint your eyes ever so slightly and mutter, “Huh…” as if your mind was just sent off to the creative races. Both are necessary fibers of the same muscle. Are you flexing them?

3. Scanning.Learn to find interest in anything. See yourself in everything. Study ordinary things intently and unfold and reveal the things most people wouldn’t think to capture. Plug whatever you perceive into the equations of your theory of the universe.

Ask yourself how it relates to you, why it’s interesting, how it’s an example or symbol of something that’s important to you. What mundane things do you find fascinating?

4. Refuse to discard hunches. Cherish all moments of brow furrowing. That means you’re seeing something. I urge you to (always) trust that peripheral perception. To remain awake to (and respect the integrity of) the words and ideas and experiences that seize you and refuse to let you go until you’ve given them careful consideration.

Remember: The most important three words of curiosity: “Now that’s interesting…” Are you stalking your hunches to the point of restraining orders?

5. Become a questionnaire. He who asks the most questions, wins. If someone stops you mid-sentence and says, “You sure ask a lot of questions!” congratulations, Curious George.

On the other hand, if that never happens to you, consider the following exercise: Stop making to-do lists and start making to-ask lists. It’s a paradigm shift. It’s hard to do. But it’s worth it. Are you a human question mark?

6. Dare to be dumb. Sherlock Holmes once said, “There’s nothing more elusive than an obvious fact.” I say, “There’s nothing less attractive than a person suffering from terminal certainty.” Either way, it pays to ask the questions most people would avoid for fear of looking stupid.

It’s like Shawn Mullins sings in Shimmer, “I’d drink a whole bottle of my pride and toast to change.” Are you willing to forego having all the answers?

7. Explore, then consider. Believe what you believe because you investigated the truth and decided (by yourself) to believe – not because someone told you to believe and you mindlessly followed. It’s like Seth Godin once said during a speech, “The opposite of fundamentalism is curiosity.”

Your challenge is to resist rule captivity. To ask the world if this is really a rule, or some mindlessly accepted pseudo-truism used by dangerous people who want to control you. Remember: If there’s no sign, it’s not a rule. Are you a fundamentalist or a curiosityist?

8. Speak in curiosity-based prefixes. For example: “I wonder what would happen…?” “What if…?” “Wouldn’t it be fun/cool/crazy to…?” “Have you ever thought about…?”

These phrases marshal curious forces, turn questions into quests and reinforce the right mindset needed to become a pillar of curiosity. Practice them daily and soon they’ll become second nature. Are you using curious language?

9. Keep a running list of questions. I’ve been adding new questions to my list daily for the past eight years. I’m up to about seven thousand. More importantly, I’ve created a classification system for my questions. This enables me to search and find (within about ten seconds) the exact question I need for the myriad situations I experience, write, consult, coach or speak about.

It’s truly one of the most valuable intellectual assets I possess. That’s why I rarely show it to anybody, keep it password protected and back it up monthly. How many questions are on your list?

10. Run sentence completion Google searches. I do this every day. It’s a fantastic research tool that’s easy, quick and fun to do. For example, let’s say you were writing an article on safe driving. Google the phrases “Safe drivers always” and “Safe drivers never.”

The answers that populate will stimulate your brain, answer your questions and propel your creativity. Are you googling strategically?

11. Stop making an ass out of you and me. Three truths: (a) Curiosity is the foundation of creativity, (b) creativity is nothing but active listening, and (b) active listening is blocked by assumptions. Therefore: Assumptions murder curiosity. If you want to stop them dead in their tracks, consider running regular assumption audits for yourself or your organization.

When you dismantle old assumptions, you rebuild new profits. Are you open to examining the assumptions behind your reasoning?

12. Dwell in situation novelty. Learn to freeze the fodder that surrounds you. Here’s how: When you see something, take a Mental Polaroid of it. Then clothespin it onto your psyche for further evaluation. Slowly, as it freezes, view it from all angles.

Walk 360 degrees around it. With a Davinci-like thumb on your chin, investigate it. Ask it questions. Poke it a little. Tease it apart and gently untangle its essence. Rip its clothes off, strip it of every outer layer until its naked truth plops down on that imaginary interrogation chair, staring at you. Sharon Stone style. Are you freezing your observations?

13. Commence an unrelenting quest for continuous learning. This is known as curiosita, according to Michael Gelb’s book, How to Think Like Leonardo Davinci. That’s what Davinci practiced, and he created the Renaissance. Not bad.

I wonder what would happen if you gave yourself permission to be curious in every domain of your life. Who knows? You could create the next cultural movement. Worst-case scenario: Your creativity triples. Sounds like a win/win to me. What’s your personal philosophy about curiosity?

14. Remain aggressively skeptical. Grow in your willingness to keep looking, even when you think there’s nothing left. When you leave your brow never (fully) unfurrowed; and when you expect to find more – you will. Curiosity is always rewarded. Always.

Just ask those pesky kids from Scooby Doo. Remember: There’s a fine line between aggressive skepticism and annoying cynicism. Which side of that line do other people believe you’re on?

15. Engage multiple senses. Ace Ventura comes to mind. As a pet detective, he practiced vigorous curiosity by touching, smelling, even tasting all the relevant evidence in his cases.

Sure, it appeared disgusting, peculiar and unprofessional to the pet’s owners. But Ace always got his man. Or in this case, man’s best friend. Are you tapping your sensory powers to heighten curiosity?

16. Follow your curiosity. Curiosity alone fails. It must be augmented with exploration, reflection and documentation. Otherwise you’re just a really tall five year-old. Which isn’t necessarily a bad thing. Hell, we could learn volumes from those little rug rats.

But five year olds don’t have mortgages. You do. And because curiosity drives profitability, make sure you’re not just asking a bunch of clever questions and then calling it a day. Explore. Reflect. Document. Repeat. Every day. Is your curiosity more than just a mental one trick pony?

Be one of those people, and you can buy all the cats you want.

LET ME ASK YA THIS…
What did you explore yesterday?