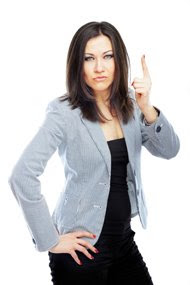 When you label, you judge.
When you judge, you react.
When you react, you’re unconscious.

And being unconscious is unhealthy.

It’s also unapproachable. And if you hold ANY form of leadership position, this is a dangerous place to be.

1. Minimize emotional reactivity. The word “emotion” comes from the Latin emotere, which means, “To disturb.”

So, if you’re freaking out about something, odds are, the other person isn’t very relaxed. What is this emotion preventing you from learning?

In the words of Eckhart Tolle, “When you look at it or hold it and let it be without imposing a label on it, its essence silently communicates itself to you and reflects your own essence back to you.”

How would you treat people if you weren’t trying so hard to change them?

3. Listen to who you are before responding. An audience member of mine suggested this during a recent workshop. Blew the entire group away.

What a concept! Can you imagine how honest, how authentic and how approachable people would be if they remembered to do this in their conversations? Man. Listen to who you are before responding. It bears repeating. Are you listening to yourself first?

4. Understand people better. It starts with maintaining an attitude of curiosity. That means exploration, not accusation; fascination, not frustration. Becoming insanely interested in why people do and say what they do and say.

Finally, it means clarifying. Asking people if what you’ve interpreted is what they meant to communicate. Why are you listening?

5. Ignore people’s titles. President? CFO? Receptionist? Janitor? Who the hell cares! The only label people should ever be called by is their name. Because they’re a human being. That’s it.

Titles alienate people. Titles are overrated. Next time someone asks you something like, “So then, are you a Buddhist?” reply with, “Nope, I’m a human!” What unnecessary title is preventing people from getting to know the REAL you?

LET ME ASK YA THIS…
What is preventing you from attending to this person objectively?

LET ME SUGGEST THIS…
For the list called, “37 Personal Leadership Questions Guaranteed to Shake Your Soul,” send an email to me, and I’ll send you the list for free!