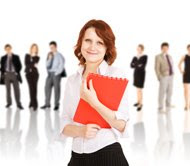 Today we’re going to continue exploring practices to help you become known as the most approachable person in your organization. (If you haven’t read Part 1 and Part 2, knock yourself out.)

So, whether you’re an office professional, middle manager, C-level executive or part of the overnight cleaning crew, executing these strategies will accomplish three goals:

(1) Boost the net worth of your human capital
(2) Attract MORE attention, MORE people and MORE opportunities into your world, and
(3) Reduce the possibility that your company will kick your butt to the curb in this crappy economy.

Ultimately, when you know (and are cool with) WHO you are, you enhance the sense of self of the people you serve. This leads to a stronger, more diverse organization because when people accept each other, the rules change. Cool. Have you pinpointed the conditions under which you inhibit your own self-expression? Does your truthful self-expression inspire other people to do the same? And how different would your office feel if the people who worked there stopped bullshitting each other realized that it’s OK to be vulnerable?

2. Be someone others can be vulnerable and dumm in front of. That’s easy. All you have to do is demonstrate your ignorance and vulnerability first. Several suggestions: Be SMART, but don’t be a Smarty Pants. Practice confident uncertainty. Make questioning easy. Be fundamentally affirmative. Lead with weakness. Admit to temporary brain farts.

Each of these examples a great practice being vulnerable, dumm and naked. THAT’S approachable. Remember: Presenting yourself as better, smarter or cooler than others increases the distance between people. On the other hand, people respect people who are grounded. A person’s faults are what make him or her likable. Does your life take place in the opening or the closing? How naked are you willing to be? And how are you leveraging your vulnerabilities to gain people’s trust?

3. Make it easy for others to be playful around you. In three words: Start with silly. In emails. In conversations. In phone calls. In sales pitches. In meetings. In customer encounters. Incorporate silliness right away. Now, that doesn’t mean trying to be side-splittingly funny with everyone you meet. And that doesn’t mean being a goofball all the time. But the sooner you “lay tile” of comfort and playfulness, the sooner you will take the tension out of your conversations, and the smoother your message will be digested.

Remember: The reason playfulness, excitement and lightness infect people quickly is because humor is the only universal language. So, starting with silly has a cumulative effect: Silliness reduces defensiveness, which increases relaxation, which increases engagement, which increases the likelihood of someone listening to you. Are you getting your first laughs soon enough? When does the feeling of formality keep you from communicating playfully? And how much money are you losing by being about as exciting as a pre-season WNBA game?

4. Be empathetic to communication apprehension. If someone is shy, don’t fuel the fire. Humans form their identities based on how others have responded to them in the past. That’s why shy people are shy people. Because other people have consistently TOLD them they were shy people.

If you observe that a person is shy, the last thing you want to do is say, “Don’t be shy!” or “Oh, are you shy sweetheart?” Big mistake. Instead, make yourself accessible outside of group situations for people who are shy in front of others.

Also, as you exit conversations or meetings, remind people that they can still come to you at any time in the future with related questions or ideas, even if it’s after the fact. Ultimately, the goal is to make people better off having communicated with you. How do you treat shy people? Are you someone people could tell anything? And what type of person would you have to become to make even the shyest people willing to open up around you?

In the words of author Parker Palmer, “Stop peddling a falsehood. No person can fully experience another’s mystery. And stop trying to fix. Be present to their pain. Simply stand respectfully at the edge of that person’s misery.”

Overidentification is counterproductive to effective listening. Instead, acknowledge their emotional experience. Remind them that they’re entitled to their own feelings. And avoid discounting their perception of the situation by placing value or appraising their interpretation as “good” or “bad.”

This is a form of subtle denial, and it REALLY pisses people just. Just let them feel. It’s not good, it’s not bad – it just IS. Are you sensitive to this person’s immediate experience? Are you giving people space to feel what they need to feel? And what values of this person have you violated, and how is that resulting in them shutting down communication?

LET ME ASK YA THIS…
Are you an Askable Person?